The prestigious Dr. Willmar Schwabe Award 2020 is bestowed to Dr. Nadine Kretschmer, University of Graz, Austria, in recognition of her interdisciplinary phytochemical and pharmacological research of plants traditionally used to treat cancer and related diseases, identifying new lead compounds and their target pathways or proteins.

The aim of this award is to motivate preferentially young scientists to resolve phytotherapeutical and phytopharmaceutical problems in an interdisciplinary approach, in order to support the evidence-based use of natural products. It is a pleasure to award Dr Kretschmer, who is at an early stage of her career, with this prize recognising achievements, which will foster the scientific studies of traditionally used plants.

Dr. Nadine Kretschmer is University assistant at the Institute of Pharmaceutical Sciences, Pharmacognosy, University of Graz, Graz, Austria. She presented three relevant publications with high significance and relevance for the award. The overall goal of her research is the phytochemical and pharmacological investigation of plants, which are traditionally used to treat cancer and related diseases, assuming that traditional medicine systems are still a treasure chest in the discovery of novel drugs or drug leads. She proved scientifically the traditional use of the investigated plants and isolated and identify the constituents that are responsible for the observed activity. The three selected publications reported on traditionally used plants Onosma paniculata Bureau & Franch. (Boraginaceae) and Periploca sepium Bunge (Apocynaceae), their main cytotoxic constituents and their pharmacological modes of action. All studies follow an interdisciplinary approach and were performed with national and international collaborators in the fields of (bio-)medicine, pharmacology, phytochemistry and/or bioinformatics.
She isolated from the roots of O. paniculata most active constituent in different melanoma cell lines, b,b-dimethylacrylshikonin (DMAS) and she investigated the mode of action using comparative gene expression analysis and in-depth bioinformatics analyses. DMAS upregulated many genes and in particular p62, which plays an important role in cell growth, survival, mitosis, and tumorigenesis.

DMAS lead also to ROS generation and a breakdown of the mitochondrial membrane potential. In summary, DMAS led not only to apoptosis and cell cycle arrest, but also to autophagy and targets the mitochondrial membrane potential. In a further study, DMAS and/or silibinin alone or in combination were tested for the activity in chordoma cell lines, rare, slowly growing, and invasive bone tumours. Both compounds reduced cell viability and cell growth in a concentration dependent manner with DMAS being more active than silibinin, without synergistic effects. In particular, DMAS affected proliferative and survival pathways by changing ERK/pERK, STAT3/pSTAT3(Tyr705), and AKT/pAKT. In the last presented study Periploca sepium was investigated. The identity of the plant material was confirmed by DNA sequence analysis of the nuclear ribosomal internal transcribed spacer. An activity-guided isolation leading to the isolation and identification of five cardiac glycosides. In addition, glucosyl divostroside was isolated from this species for the first time. The highest activity against cancer cell lines was found for periplocin, active in two liposarcoma cell lines at nanomolar range. Periplocin led to apoptosis induction via

caspase activation followed by PARP cleavage and induced DNA double strand breaks. The effects were also compared and combined with doxorubicin. Periplocin exhibited stronger effects on the cell viability than doxorubicin and enhanced the activity of doxorubicin. It was found that periplocin initiates apoptosis via TRAIL-receptors in cancer cells without harming healthy cells.

Periplocin led to an increase of TRAIL-receptors, which was also reported for doxorubicin.

It is a great honour for the Society for Medicinal Plant and Natural Product Research (GA) and our personal pleasure to bestow Dr. Kretschmer with Dr. Willmar Schwabe Award 2020.

A special GA e-symposium will be dedicated to the awardees on November 6, 2020. All GA members as well as guests from all societies and people dedicated to natural product research are highly welcome. More information will follow.

The GA (Society for Medicinal Plant and Natural Product Research) is dedicated to the scientific exchange of information about medicinal plants, their pharmacology; the phytochemistry, biosynthesis and biotechnology of natural products, and related fields to basic and applied research on medicinal plants and natural products. One of our key aims is to foster research and disseminate information about evidence based medical uses of natural substances.

This press release provides information and an assessment of the current scientific evidence for scientific, educational and non-commercial use. It is for the purpose of disseminating information only and does not constitute and form of advice. 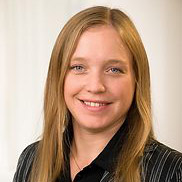