The GA community was saddened to learn of the sudden death of Prof Dr. Hartmut Derendorf on Monday, November 23, at the age of 67. Professor Derendorf was a world-renowned expert in pharmacokinetics and pharmacometrics.

Born in Dortmund, Germany, he studied pharmacy from 1972 to 1976 at the Westphalian Wilhelms University in Münster, where he received his doctorate in 1979. Derendorf stayed in Münster as a research assistant until 1980. He then received a fellowship from the College of Pharmacy at the University of Florida (UFL), Gainesville, where he remained until his retirement in 2018. In 1983 he became Professor and Chairman of the Department of Pharmaceutics, where he taught Pharmacokinetics, Pharmacodynamics and Clinical Pharmacokinetics. He was among an elite group of faculty at UF to be awarded the title of a distinguished professor.

Beyond his activities as an academic teacher and researcher, Professor Derendorf accepted various appointments outside of academia. From 2004 to 2006, he was president of the International Society of Antiinfective Pharmacology (ISAP), and from 2006 to 2008 president of the American College of Clinical Pharmacology (ACCP). He has also been active with the U.S. space agency NASA, serving on the scientific advisory board of the Human Research Program. Numerous international awards and well over 500 scientific publications testify to his outstanding career. He mentored over 70 graduate students and 40 postdoctoral fellows during his tenure.

Professor Derendorf was also a passionate advocate of evidence based phytotherapy, and particularly interested in the pharmacokinetics and drug interaction potential of natural compounds. In the natural products community Professor Derendorf is probably best known for his major contributions on the drug interaction potential of grapefruit juice and St. John’s wort, and for numerous publications on the pharmacokinetics of various natural compounds (valerenic acid from Valerian, isobutylamides from Echinacea, xanthones from Mangosteen, just to mention a few). He served as a guest editor of a Planta Medica Special Issue on herb-drug interactions, and further reviewed numerous manuscripts for the journal on these topics. GA invited him on several occasions as a plenary speaker at the annual meetings. His lectures were always legendary.

I had the honor and privilege of working with Hartmut for many years during which I learned what a great scientist, mentor and teacher he was. He left a decisive mark in my life by recruiting me as a young faculty member to UFL. Many scientists may have benefited from his work, but I, and many others who knew him, are eternally grateful to have known him as a person. Having him by my side for so many years as a mentor and devoted friend truly meant a lot to me. Professor Derendorf will be deeply missed in the scientific community, not only as a great colleague, but also as a true friend. 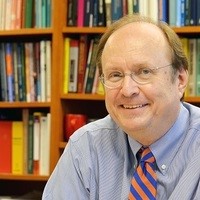